Bosnia Report is a bi-monthly magazine that publishes articles and other information about Bosnia-Herzegovina and related issues.

From the Bosnian Institute (http://www.bosnia.org.uk/bosrep/).

Foods of Their Homeland

At A&M Bakery, the Grabic family bakes French baguettes that are popular with Vietnamese immigrants. They braid challah for Jewish customers.

Senad Grabic learned to bake rye in Germany after he fled his Bosnian home in 1992 as Serbian troops slaughtered thousands of his Muslim countrymen after the breakup of Yugoslavia.

Reporter Janine di Giovanni has been to the worst places on Earth to bring back stories from Bosnia, Sierra Leone and most recently Syria. She tells stories of human moments within large conflicts — and explores that shocking transition when a familiar city street becomes a bombed-out battleground.

This is just a small collection of some of the resources available online. Ask us for help if you don't find what you're looking for!

Search for scholarly information with links to Fontbonne Library resources. If you can't access full-text, visit the Library website and request the article via Interlibrary Loan (ILL) and we'll e-mail it to you when it arrives.

Use Google's Advanced Image Search to find relevant photos and other images.

Maps of Bosnia and the Former Yugoslavia 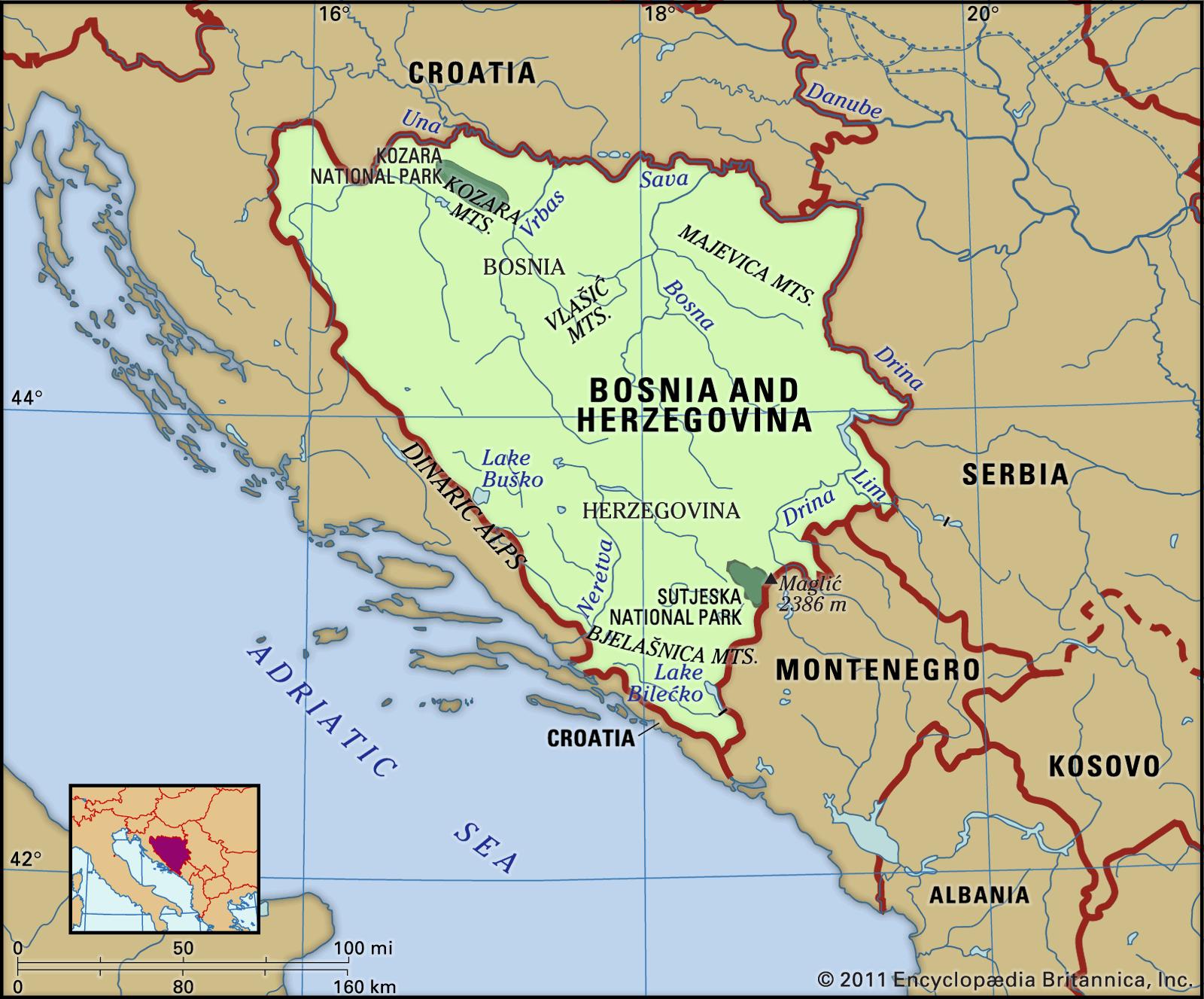 from the Perry-Castañeda Library Map Collection
Image courtesy of Britannica.com